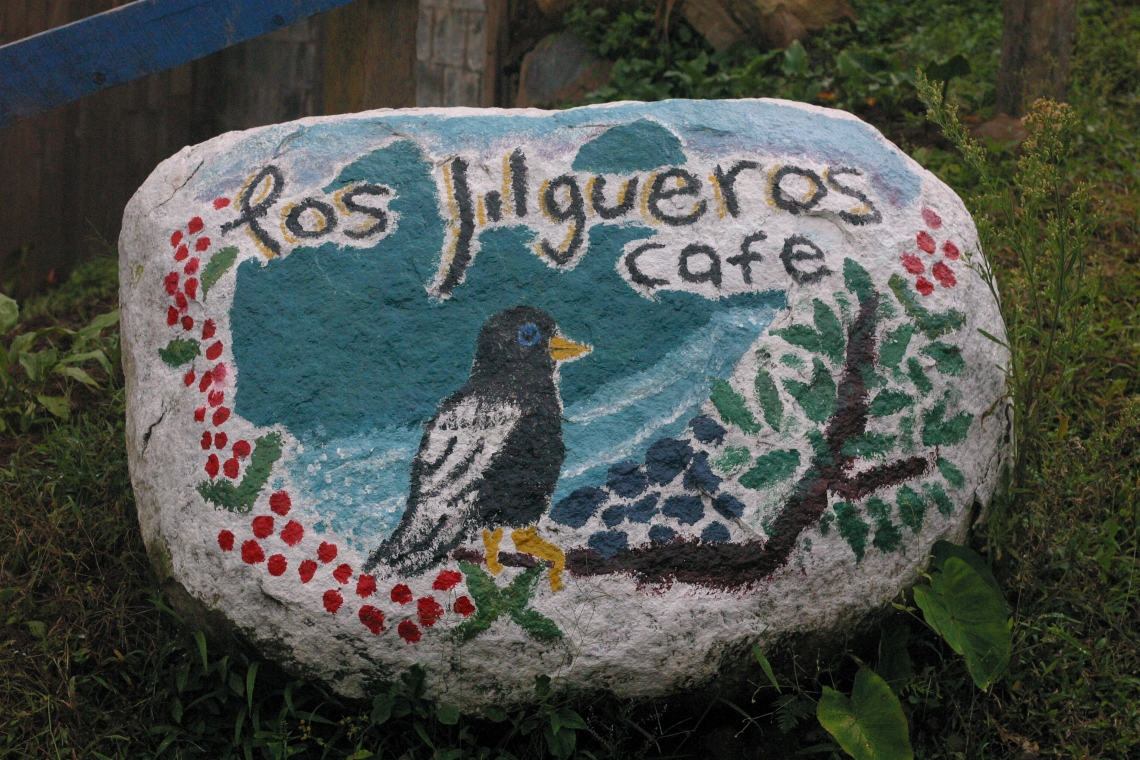 50 years ago none of this was here; Cedral was untouched mountainside, filled with the cedar trees for which the town is named. Today Cedral is in the middle of giving brith to one of Costa Rica’s newest coffee brands, Los Jilgueros. Donald is the president of the association of coffee producers hard at work to forge this new name in quality coffee. His grandparents were the ones who carved the beginnings of the town out of the mountain 3 generations ago, and since then his family has been integral in the forward motion of the small but thriving town.

His grandparents worked cultivating coffee in the nearby Los Santos region and struck out on their own to plant coffee and clear pastures somewhere all their own. Donald has also spent his life in coffee, and he and other producers in the community had spent their lives turning their ripe coffee in to the nearby Volcafe receiver. They realized, however, that their coffee was grown in a significantly higher zone, thereby yielding significantly better beans, than everyone else who sold their coffee to the Volcafe mill. And yet they were getting the same price. They actively sought out NGOs and other donors and investors to realize their goal of building a small mill to process their own coffee to then export at a price commensurate with the quality of the beans they’re producing.

The association chose the name because the jilguero bird, of modest appearance and noteworthy song, is only found at high altitudes of 1500 meters or more- just like their coffee.

Donald’s cafetal is a 30-minute hike from his house, on a hillside with poro, laurel and cedar trees. 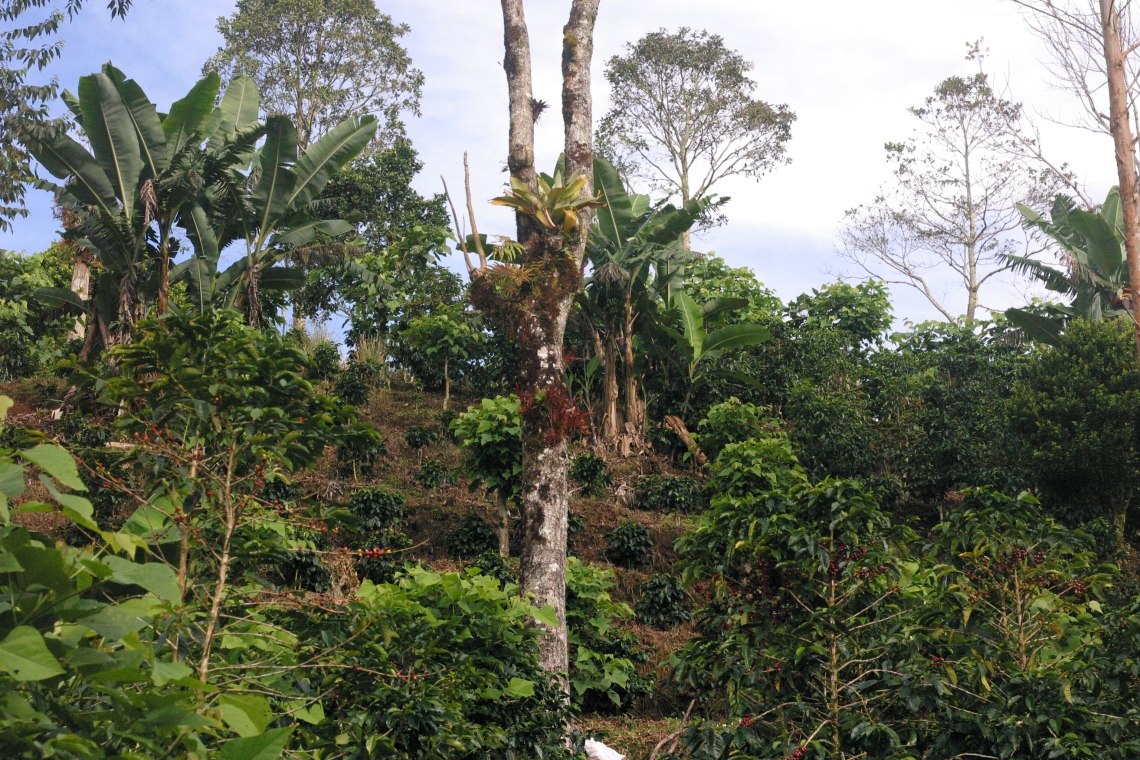 “English lot” named for the current direct trade relationship the Jilgueros mill has with a British roasting company.

Two of Cedral’s most proactive moms hard at work, playing one of many community roles. 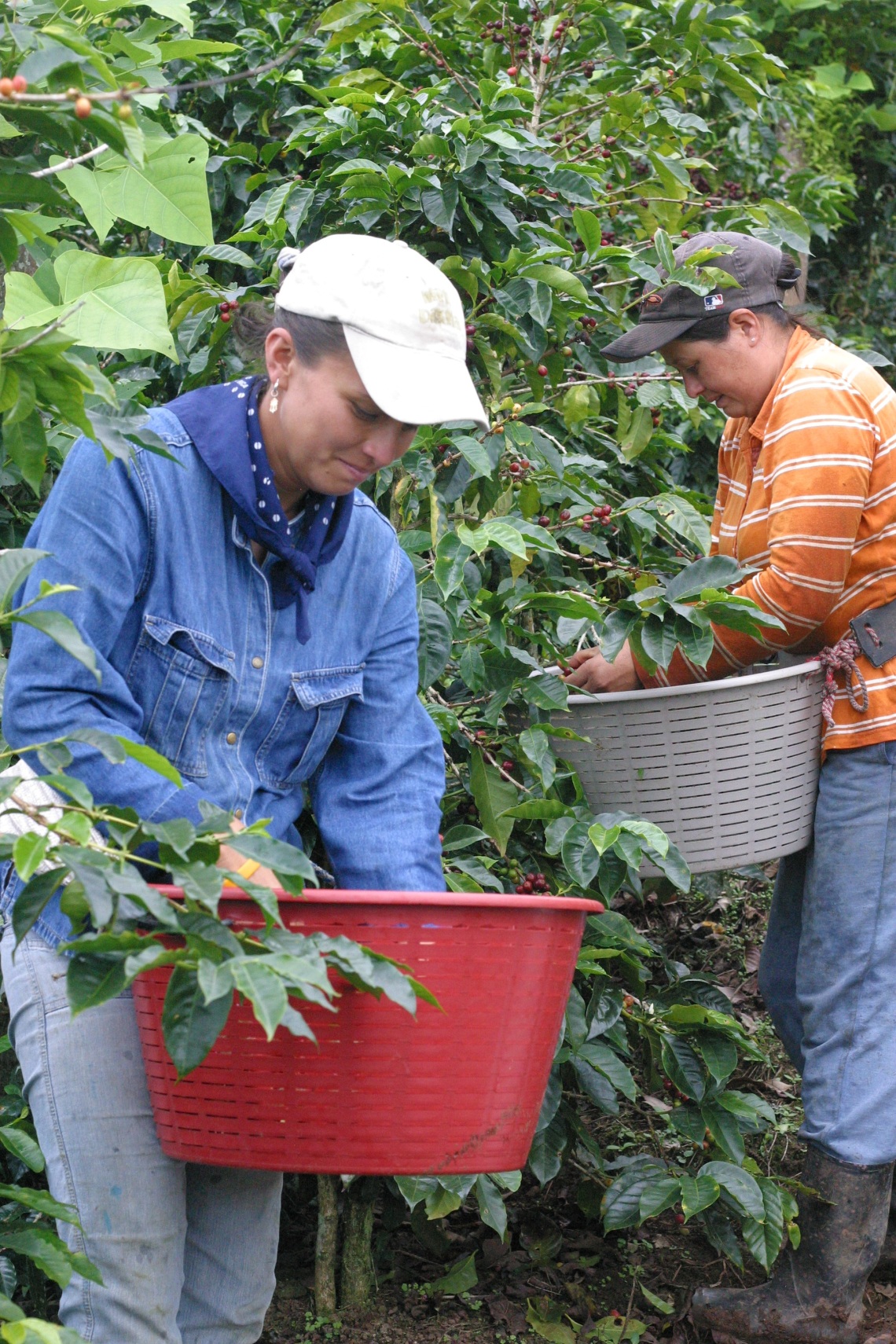 Caturra cherries ripe for the picking.

Princesa munching before the inevitable neblina rolls in… 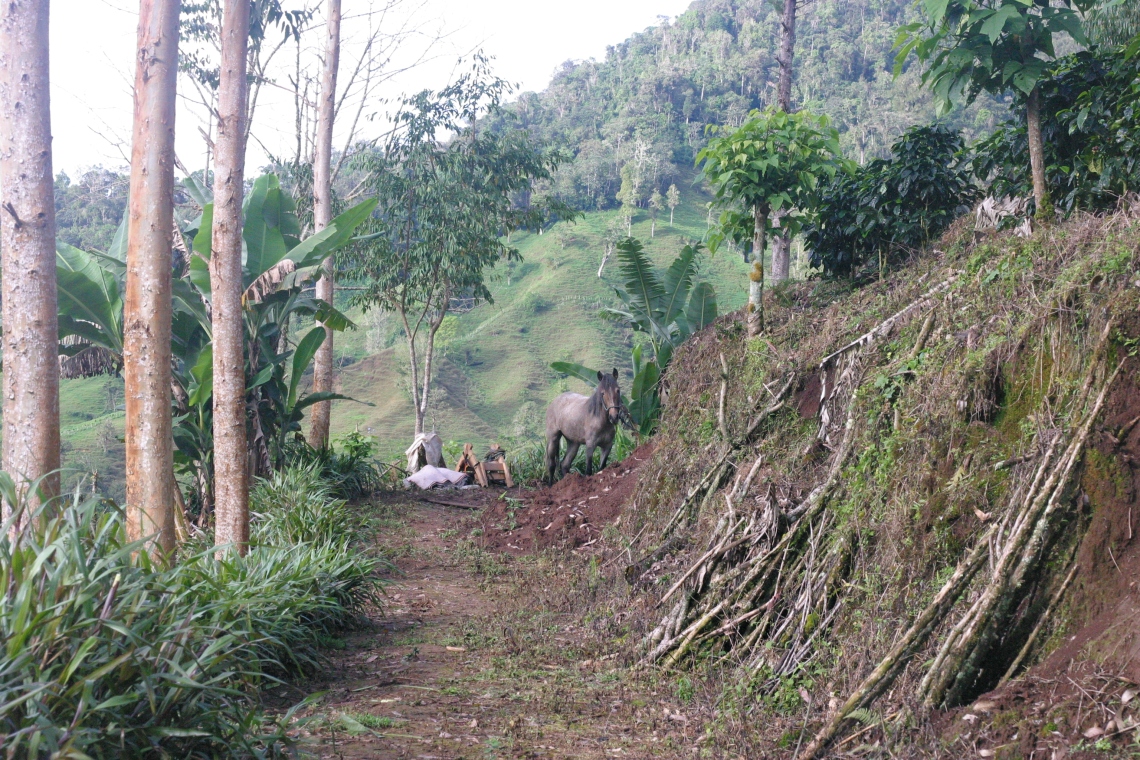 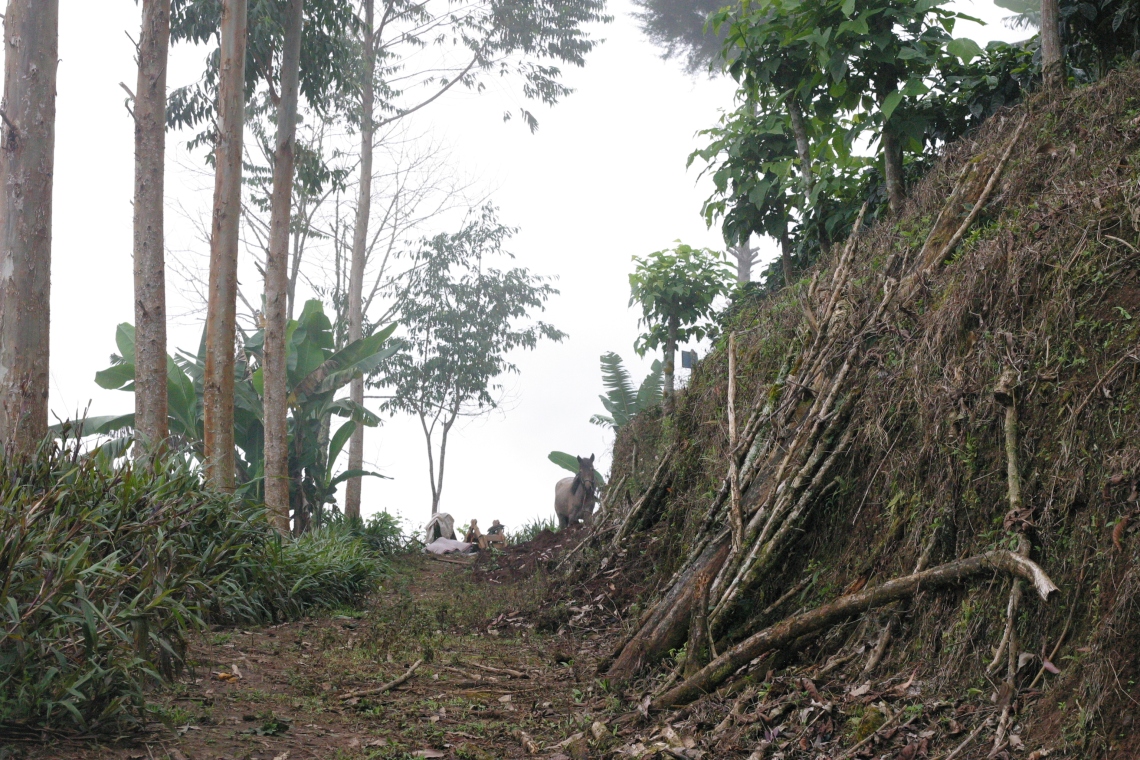 Searching for only the ripest cherries to ensure quality in the final cup.

To ensure that no under ripe cherries are processed in with the riper, high quality ones Donald (center) built a bed for sorting. The joke of the day, variations of which Donald’s family shouted between the rows, leaves, and branches, was, “if there’s a bed in the cafetal I’m using it to take a nap not to sort what I’ve picked!”

“All clear, only rojo here!”

Chile, Donald’s horse who’s about as old as I am, snacking all the leaves off a recently pruned Poro tree after carrying coffee cherries down to the mill.

The beneficio húmedo cranking out coffee beans from inside the cherries. The leftover skin is either used to make vermicompost for use in the community, or sold to man in the next town who uses it to make a similar kind of fertilizer for his coffee.

Pregnant Sultana in Cedral’s highest pasture. Most families in Cedral also sell milk to a local association of dairy producers that Donald’s brother and other community members helped star. The milk gets turned into everything from mint ice cream to strawberry yogurt and sold all over Costa Rica. Pretty cool that everyone in Cedral drinks café con leche their neighbors made. Now that’s the locavore life.

Probably the coolest moss I’ve ever seen. I half expected Nemo to swim out. Instead, just a little toad. Everyone in Cedral loves seeing frogs and toads; their sensitive, permeable skin makes them particularly susceptible to impurities in the water. Their presence indicates a healthy water supply.