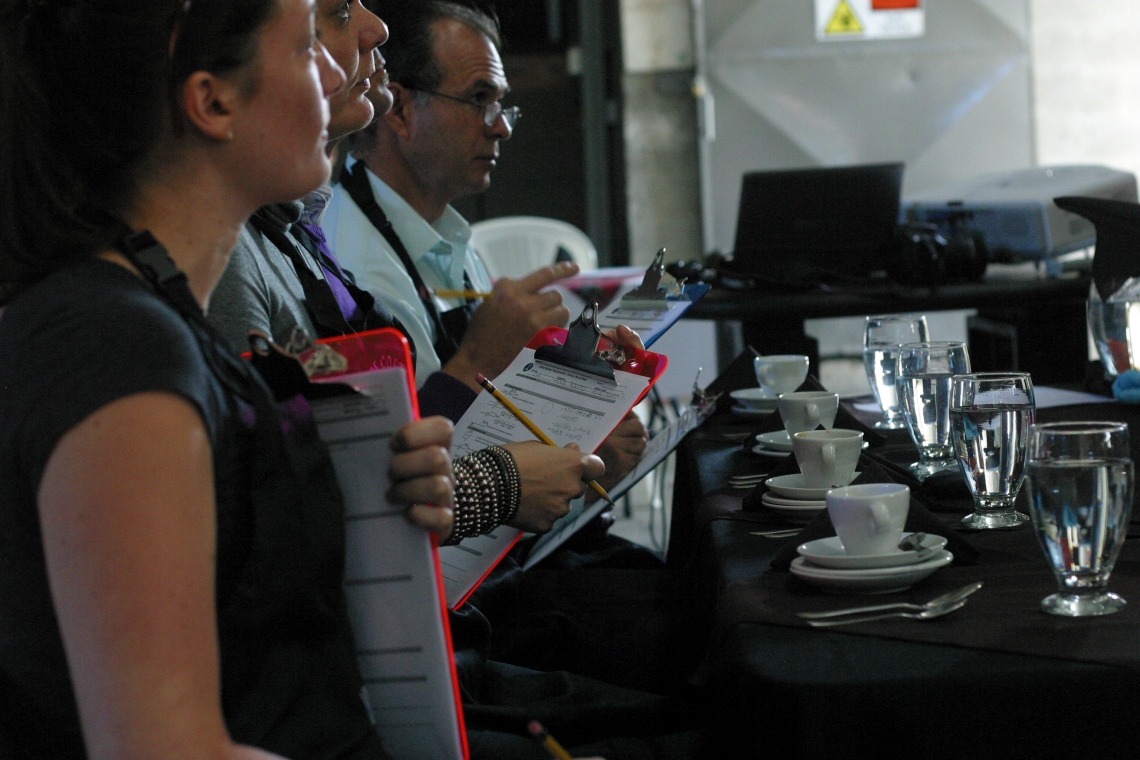 The goal of the final book When Coffee Speaks is to share the stories that coffee growers (and other coffeepeople) have been generous enough to share with me, so I’m constantly recording conversations. Some people get very, um, well, just rather…careful when they know I’m recording what they say. But there are some things you can’t hide even by keeping your mouth shut.

One is the use of space.

Lots of things about coffee are fuzzy, some tending towards downright scuzzy, but at Coopedota the use of space is clear, completely unique, and utterly fascinating.

What first hinted to me that something different is going on here was the flash on my camera. Usually when I go to take pictures inside beneficios in the bright light of a Costa Rican morning (decidedly the best hours for taking pictures anywhere in the country are between 7 and 9am), the flash on my camera automatically pops open. Because even though the sun is shining, the interior of the beneficios is dark. I don’t like the translation of beneficio to “mill,” and less accurate would be “factory” or “plant,” but beneficios do encompass the industrial qualities of those words, and therefore they also embody the dank ceaseless churning that goes with doing anything industrially. But at Coopedota the beneficio is built in a way that involves significant amounts of natural light (perhaps as a contributing factor to their title of first certified carbon neutral coffee ever), and I could shoot the machinery without a flash.

The physical space that Coopedota occupies just kept getting more interesting, and more indicative of the relationships among people involved in the coop and the values of the coop as a business.

The next morning was the culminating barista “test” for the 15 high school students completing a two-year course on coffee- seed to cup- run through the coop in conjunction with the local high school. The competition followed the international barista challenge rules, with spotless espresso machines and elaborate place settings for the 4 espressos, 4 cappuccinos, and 4 original recipe drinks each “contestant” must prepare within the 15 minute time limit. But instead of being held in a hotel conference center, restaurant event hall, or even school auditorium, it was held in the dry mill section of the beneficio, in the immediate shadow of silos storing coffee beans. The projector screen was propped in front of where the hard hats hung and behind the espresso machines loomed the dormant coffee hulling and sorting machinery. Call it unconventional, but perhaps there’s no more fitting space in which to prepare gourmet coffee drinks than in a place where you can’t forget how many previous steps made that espresso possible. 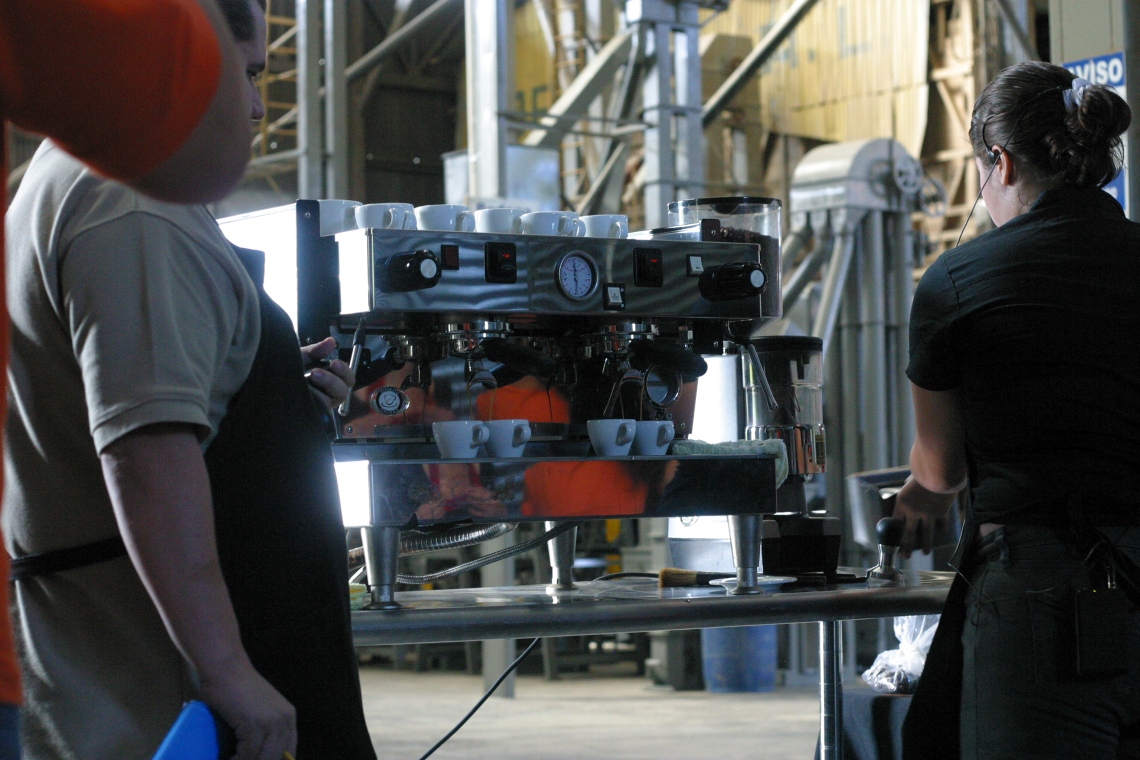 While they prepared their drinks for evaluation, the students stored their backpacks in the same cupping lab that transnational corporate representatives use to taste microlots when they visit the Coop. The cupping lab is also used to hold courses for which coop members can sign up, and- similar to the high school program- learn more about the technical sides of the product they grow, from ground to…grounds. Marisela, a lifelong coffee producer who now runs her own farm told me, “Today I got to cup my own coffee. It’s something I’ve always wanted to do; I wanted to know what my coffee tastes like. That’s always been a dream of mine. And really- I’m not just saying this- it tasted really good!”

Beyond the cupping lab, the coop runs a cafeteria, from which a large window looks onto the same silos storing beans. The menu offers gourmet drinks equivalent to any café in New York or Europe, the majority prepared by employees who graduated from the same barista prep course I saw that morning. Producers, after turning their coffee cherries in to the mill, often come into the cafeteria, muddy boots, stained jeans, and sweaty hat- and no one bats an eye. They might enjoy a cappuccino with fellow growers- made from the coffee they grew- at the table next to the coop CEO, who’s meeting with international clients.

The coop’s main agronomist has his office in the coop’s hardware store, adjacent to the beneficio. When producers come in to stock up on supplies they can peek their heads in to ask questions or just say hi. His office door is only waist high.

Tracing the equitable distribution of funds through the veins of a coop is one of the places where coffee starts to get fuzzy, but the use of space at Coopedota demonstrated the ease and comfort with which participants in all activities of the coop moved between spaces often segregated and stanchly maintained as separate in businesses operating under a more hierarchical corporate structure.

Freelance writer and author/editor of the book, When Coffee Speaks: Stories from and of Latin American Coffeepeople. View all posts by Rachel Northrop

There was an error retrieving images from Instagram. An attempt will be remade in a few minutes.

© Rachel Northrop and whencoffeespeaks.com, elcafehabla.com, rachelnorthrop.com. 2016. Unauthorized use and/or duplication of this material without express and written permission from this site’s author and/or owner is strictly prohibited. Excerpts and links may be used, provided that full and clear credit is given to Rachel Northrop and whencoffeespeaks.com, elcafehabla.com, or rachelnorthrop.com with appropriate and specific direction to the original content.